IFA is a non-profit and non-governmental organization established in 2008. IFA’s goal is to enable all persons living within the autism spectrum disorder and related needs to achieve their full potential and live productive lives. IFA is both nationally and an internationally recognized NGO that has partnered with reputable organizations.

Autism is a neurological disorder that shows up in the first few years of life with no known causes. Autism is characterized by difficulties in social interaction, verbal and non-verbal communication, and repetitive behaviours. Autism can be associated with learning disability and difficulties in motor coordination.

Main symptoms of ASD include:
• Delayed speech or speech
• Odd sounds/facial expression
• Aggressive behaviour with frequent tantrums
• Head banging and self-inflicted injuries
• Lack of eye contact
• Excessive non-compliance in responding to routine environmental demands
In Nigeria Autism is a condition that is often misunderstood; and it is usually wrongly diagnosed and viewed as a spiritual attack. This is the sad reality that has negatively been impacting on the lives of persons living with autism. The founder, Dr Nwanze Okidegbe, who also has a child on the spectrum, did observe a huge gap between the recommended and the actual care and management available to children with autism and their families in Nigeria as compared to their counterparts in other developed countries. Many cases of autism are treated by personnel, (unorthodox doctors, religious leaders, spiritualists or traditional healers, etc.), who are ill prepared to care for them. Even those who are correctly diagnosed lead a much lower quality of life with little or no opportunity to achieve their full potential because of poor services. Ike foundation for Autism was established to change these realities. 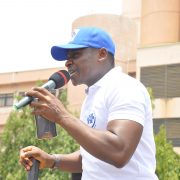 To HEAL autism spectrum disorder (ASD) in Africa and enable all persons living with ASD achieve their full potential and live productive lives. 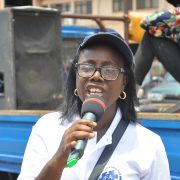 What We Do - HEAL

▪ build capacity of persons living with ASD and those that provide care;

Help Us ACHIEVE IT

National school awareness campaign that takes basic autistic education and enlightenment to all federal public schools (Primary, Secondary, Tertiary Institutions) because they are the parents of tomorrow and also combat stigmatization.

Sensitization and Influencing government parastatals to enact inclusive healthcare laws and policies, build top health care facilities that are primarily beneficial to people living with autism and the autism community

Create a system of technical skill acquisition for employability of Persons living with autism, a working environment, residential and housing solutions to help achieve independence